At the end of the 1800's. Henry Jekyll, ambitious (and well-known) doctor is working on a chemical serum, which could help his insane father- and others (Prologue, Lost int the darkness). Although everybody say there is no hope, Jekyll doesn't give up. Scene change: we can see the horrify side of London- side of facade and mendacity (Facade). Another change: Jekyll appears and we know, that he almost finish the formula. He ask only one, irretrievable man, on who try his serum- but the hypocrite borad of governors of St. Judeas Hospital (Sir Danvers Carew, Bishop of Basingstoke, General Glossop, Sir Archibald Proops, Lady Beaconsfield, Lord Savage and the secretary Simon Stride) deny him (Board of Governors). 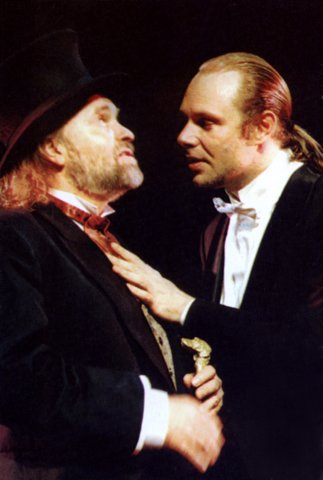 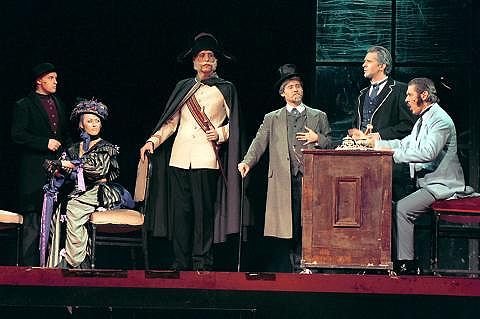 Jekyll is getting angry- he cannot understand the board (yap, I can understand him). John utterson- friend and lawayer of Jekyll- tries to aid him (Pursuit the truth). Next scene is the a party for Jekyll and Emma /daughter of Sir Danvers Carew/. Henry lates, but his bride undertsands and standy by him. Simon Stride, Emma's previous groom anixous for her, so does Sir Carew (Emma's reasons, Take me as I am, Letting go 2nd version).

By Henry's stag party Utterson takes along Jekyll into the Red Rat (Facade- reprise 1). The main attraction of the pleasure-ground, Lucy Harris lates- after her song (Bring on the man!) the pimp, Spider hurts her 'cause of the late. Henry invites the girl (Lucy meets Jekyll). Jekyll doesn't accept the girl's proposition but gives his namecard to her- if any time she needs a friend, know where to find him. 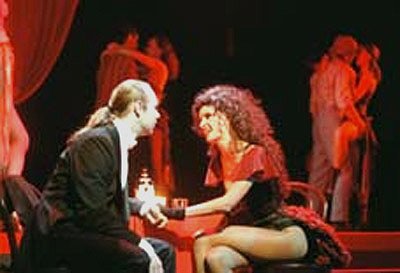 Jekyll decides- without subject, he wants to use himself in the experiment (Outside Jekyll's Laboratory, This is the moment). And- what a pity- he injections the HJ17- in great pain he becomes the pure evil Edward Hyde (The transformation, Alive!).

At first, Hyde is looking for someone- and when he finds Lucy, hurts her (Girls of the Night).

Jekyll writes about unspeakable nightmares in his diary- new senasition, stronger physical power, horrible dreams. He continues the experiment, although it seems out of control. Doesn't sleep, doesn't eat- Poole, the servant talk about this to Utterson. He and Emma worry for Henry. Jekyll gives letters to the lawyer, who calls him to account for it (His work and nothing more). After that comes Lucy Harris- she said, someone hurt her. Jekyll asked, who he was. Lucy's answer? "I'll never forgot his name. Hyde. Edawrd Hyde." Jekyll understands, what happened...

The reward of the healing is a kiss from Lucy (Sympathy, tenderness , Someone like you...).

Scene change: the Park. The right honourable Bishop of Basingstoke gives "thanks" to a young girl for the "provision". Yap, Hyde is there- and (he's got nothing better to do) kills the paedophil bishop. 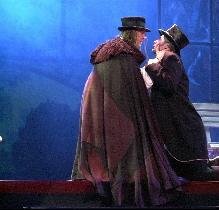 Emma- of course- worrying about Henry, and takes a look at the lab. Her fiancé is not there, but she finds Jekyll's diary- when Henry arrives, calls Emma to account for she was reading the notes (Once upon a dream...). After Emma gets out of there, the doctor writes something wrong: the transformations come unpredictable. Here comes Utterson-he read the letter what Jekyll gave him- and surprised, 'cause he saw Henry's testament. He asked the lawyer to get some drug from Bisset, the chemist.

Nice duet by Lucy and Emma (In his eyes). At East End Hyde meets Lucy, and he says: he has to go away now, but God have mercy, if she unfaithful be (Dangerous game, Facade reprise 3.).

Utterson understands Jekyll's problem, when he meets Hyde in the doc's lab- Hyde "calls out" Henry. John leaves him alone in fear- Jekyll sends a letter to Lucy through the lawyer. Next scene: Lucy's flat. Utterson read the letter for the illiterate girl. Henry attached money to the letter and in it asks Lucy: go away, she's not in safe there. She dreams about a better life (A new life). Thunder, flashing- suddenly Hyde appears in the flate. Says, he knows: the girl is in love with Henry, and now she must die. Kills her (Lucy's death). 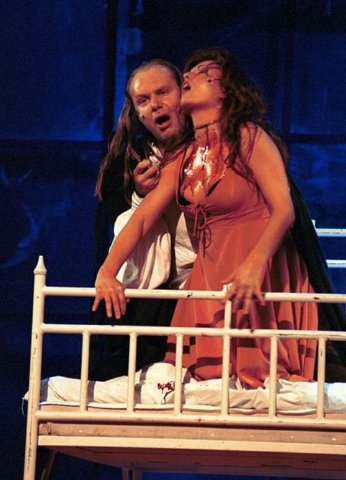 Jekyll is totally horrified by his dark side- and think about is there any chance to him (The way back)?  Decides, if there is no other possibility, he'll be suicide (Confrontation). Lucy's funeral comes (Facade reprise 3.).

The church bells are ringin for Emma's and Jekyll's wedding- it seems, everything's alright. Altough Henry lates, there is no bigger problem. When the priest speak aloud Jekyll's name, he has indisposition- Hyde comes out...  Kills Stride, and tries to carry off Emma. When he becomes to the doctor a least, Henry ask Utterson to shoot him. He cannot do this, so Emma has to kill her groom.
The nightmare ends with Henry Jekyll's death. 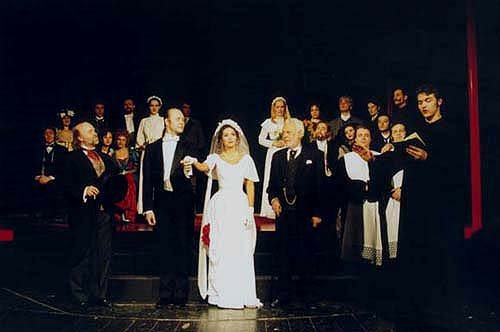